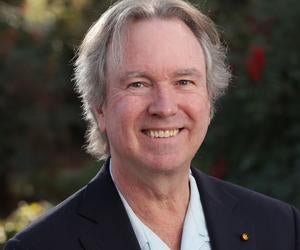 Alan McHughen is a public sector educator, scientist and consumer advocate. After earning his doctorate at Oxford University, Dr. McHughen worked at Yale University and the University of Saskatchewan before joining the University of California, Riverside, as a CE Biotechnology Specialist and Geneticist. A molecular geneticist with an interest in crop improvement and environmental sustainability, he helped develop US and Canadian regulations governing the safety of genetically engineered crops and foods. He served on US National Academy of Sciences panels investigating the environmental effects of transgenic plants, a second investigating the safety of genetically engineered foods and helped review a third looking at sustainability and economic impacts of biotechnology on US agriculture. As an educator and consumer advocate, he helps non-scientists understand the environmental and health impacts of both modern and traditional methods of food production. His award winning book, 'Pandora's Picnic Basket; The Potential and Hazards of Genetically Modified Foods' uses understandable, consumer-friendly language to explode the myths and explore the genuine risks of genetic modification (GM) technology. An elected Fellow of the American Association for the Advancement of Science, Dr McHughen was also awarded a Jefferson Science Fellowship at US Department of State, serving as Science Advisor to the Secretary of State, and was also appointed a Senior Policy Analyst in the Executive Office of the President at the White House, Washington, DC.

Awards, appointments and other recognition

Research Fellow, Royal Commission for the Exhibition of 1851

Who’s Who in America (Marquis)

Fellow, American Association for the Advancement of Science (AAAS)

US 4,616,100   Production of improved plants having an increased tolerance to the presence of a normally deleterious concentration of a plurality of inorganic salts.

Let us help you with your search